Tu: Do you travel by car in Iran?

Amir: Well, you know, when I was in Iran it was just like your case. I felt like this is natural.This is how I saw the traffic. This was how it is supposed to work. When you go abroad, andlike me right now, I'm living abroad, then I go back to Iran, I cannot drive with the flows againjust like before. It is very difficult for me. At first, I become very much like foreigners and getmad at every mistake, you know, every illegal moves you know, other Iranians are doing, sobut after awhile I get the hang of it, so then I learn how to really get my work done.

Tu: Well, actually, one more thing is how do people cross the road in Iran?

Amir: Well, actually, the government has built very good infrastructure, so we have this, youknow, this pass-way that you can walk, you know, and cross the streets, but well, it reallydepends on how much these roads are now implemented, and how people really feel like ...

Tu: Well, actually, one thing in Vietnam, one thing typical to Vietnamese traffic is people crossthe road anyway they want.

Tu: We don't go with them. Yeah, what do you call it? The white one? The zebra? Like thecrossing line? We don't cross?

Amir: Oh, I see. So what happens in case of an accident, if the car hits a passerby?

Tu: You know, actually, one of the amazing things is we never got hit by that.

Tu: And foreigners look amazed at it. Like, they just can't believe it. They just don't know why?How come people cross the road without ... but actually we just look slowly, slowly, one-by-one, and we even cross in front of a car. It's pretty normal for us. It's easy though if you getused to it. Tu: So, Amir, I heard ... I was really surprised to hear that Iran traffic is so bad.

Amir: Iran, yeah, Iran is actually very much famous for it's traffic. Traffic is so horrible.People have to just wait in cars for ages just to get to their places which is just by walkingmaybe forty minutes, thirty minutes far from the place you are.

Tu: So there are a lot of traffic jams?

Amir: Yeah, yeah. The capacitiy of the streets and the amount of car just doesn't match, sopeople have to wait for many hours.

Amir: Oh, OK, now you tell me about Vietnam?

Tu: Yeah, especially Ho Chi Min City. I still remember it was so scary for me, for the first time Igo to Ho Chi Min City. Well, you know, everyone seems to be moving, and we travel mostly bybikes, so you know, there are a lot of bikes on the streets and it seems like you get to movewith them. If you stop, you're gonna get hit.

Amir: Oh, so you just have to flow with them.

Tu: Yes, and there seems to be no rules at all. Like, actually they used to be a lot people whojust goes when it is red light, and it's pretty common. It was. It's getting better now but still,you I think it's because there are a lot of bikes. Too many of them.

Amir: OK, I am sure there are reasons for this traffic, but before that, before telling me whythis is happening in your city, tell me, how you get used to it? How do you overcome thiscraziness, this anarchy you talk about?

Tu: Yeah, actually, you know, foreigners complain about it a lot, all the time, but we actually,we Vietnamese people, we actually not ... we don't think it's a matter. It's kind of a naturalthing for us, to just get out of your house and go with the flow and it's just ... it is somethingnormal, like every day life, and I think it's because we get to go by bicycle and motorbike prettysoon, pretty early, since we were primary school, and you know, one thing is, the bicycle inVietnam ... we go on the same road with the cars and bikes, so everyone moves at the sametime. 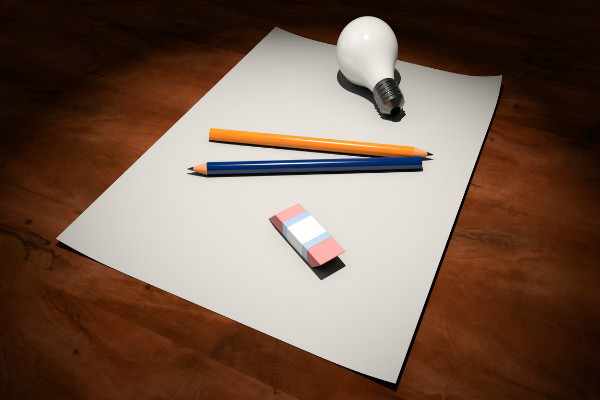 ADo you take a bus to and from work?

BYeah, everyday. And there’s only one choice. All the other buses are going the other direction.

AHmm. I have the same problem. When I leave work, it’s always rush hour. So the buses are always crowded.

BOh, yeah, it’s terrible. I will tell you the funniest thing I have seen in China. It’s when so many people try to get onto one city bus, and the last guy is squeezed in so tight that the door is tightly pressed against his butt.

AThat sounds terrible the way you describe it. But you know, not long ago I really suffered on the bus.

BWhat happened? Were you having a hard time getting on a bus?

AYou just can’t imagine! I waited for the first bus but it was too full, so I waited for the second, and it was still very crowded. Then I decided not to wait for the next one, and got on the second bus. It was so full that I had to stand on one foot! No kidding!

BAnd it’s so much fun. One day, the bodies were so tightly packed that some girl’s behind was pressed against my front. I was afraid to put my hands down for fear of accidentally groping her.

AYou were so happy, weren’t you?

BWhat do you think? I’m a good boy.