This noon I went to the cinema to see a film, which I will never forget.

We live in this peacetime, more grateful to the military people, and wish the mother of the motherland a happy 72nd birthday.

Today, my mother took me and my sister to see the film Changjin lake. The film is about our revolutionary ancestors fighting bravely to protect our country. Although the enemy's troops and weapons are many times stronger than ours, the enemy eats roast chicken and we eat cold potatoes and steamed bread, but our revolutionary ancestors fought tenaciously and are not afraid of sacrifice, Because they believed that China would win, and finally won.

Through the film, I learned to be strong and study hard. Only when China is strong will we not be bullied by others.

On October 5, my father and I went to see Changjin lake. The film tells that the Chinese people fight to the death with the enemy in ice and snow in order to protect their homes and defend their country.

In the face of many difficulties, they are brave and unyielding and are not afraid of sacrifice. Under extremely harsh conditions, PLA soldiers had no food or clothing, but they fought bravely with firm faith. We are now well dressed and full of food, which are bought by PLA soldiers with blood. We should cherish all the hard won things. We should learn more and make ourselves smart in order to make our country richer and stronger.

Today, my parents took me to see the film Changjin lake. The film tells that in 1950, when we were still immersed in the joy of the founding of new China, we ushered in another war. Our soldiers bear the mission of the country, go far away and fight bravely.

In the film, I met three brothers, Wu Baili, Wu Qianli and Wu Wanli, and many brave soldiers. In the extremely cold and harsh environment, with their iron will and fearless fighting spirit, they fought the enemy bravely, finally repulsed the enemy, reversed the situation and won the victory. After watching this film, I deeply feel the selfless dedication and love for my country of our soldiers. I will remember history and cherish the hard-earned good life now! 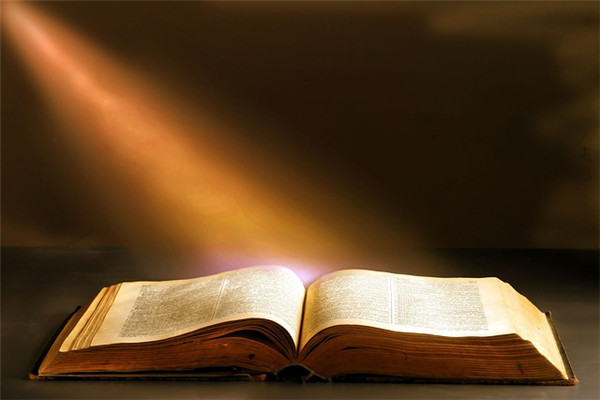 "If we don't fight this war, our next generation will fight," said an uncle of the people's Liberation Army in the film Changjin lake I saw today. This let me know the prosperity, peace and prosperity of our motherland today; In the war years, many great Chinese people's Liberation Army soldiers forged for us with their blood, lives and indomitable revolutionary spirit.

Dad said, "resisting US aggression and aiding Korea is one of the greatest wars in China against foreign invasion.". In such extreme cold natural conditions, in the dilemma of lack of food and clothing; With the belief of victory, Cheng Shi of the people's liberation army defeated the US military with aircraft and tanks with his life, blood and indomitable fighting spirit, proving to the world that China is by no means easy to bully.

We are lucky to live in this peaceful era. We have never known their names, but we will always remember their spirit and deeds.

Before watching this film, I was not very clear about the war to resist US aggression and aid Korea. I was not clear about China's strength and national conditions at that time. But this Changjin lake not only tells me the answer, but also gives me a different experience as if I were on the spot.

Wu Wanli, who pursued heroic significance, gradually changed from rebellious to mature and sensible in the army; Lei Gong, who had the most experience and knew where there was danger, made his best contribution to the artillery fire in order to get life for his comrades in arms and carry away the marker bombs; Mao anying, a pseudonym of secretary Liu, who did not seek fame and wealth but only for national blood, fought in the forefront and sacrificed with important strategic materials; Retired instructor Mei Sheng insisted on returning to the team with a picture of his daughter, just for a better life for the next generation.

"There are no heroes who can't freeze to death, let alone fight to death. There are soldiers' glory!", "the children of hundreds of thousands of people go to the battlefield with one order. Why don't I Mao anying go?", "an egg is knocked open from the outside and is destined to be eaten. If it is pecked from the inside, it may be an eagle!" "I hope the next generation can grow up in an era without gunpowder smoke."

All kinds of figures constantly stimulate my eyes, and different words impact my heart. Tears can't stop rolling in my eyes. I'm glad and honored to be born in such an era.

The 7-day holiday is coming to an end. Today is the last day. I came back from Nanxian county. My mother took me to see the film Changjin lake.

The battle of Changjin lake was the second battle to resist US aggression and aid Korea.

The battle of Changjin Lake describes the direct contest between the three armies of the ninth corps of the Chinese people's Volunteer Army and the tenth army of the United States, which is world-class in weapons and equipment, in the Changjin Lake area of North Korea from November 27 to December 24, 1950. In a cold and hungry environment, the Chinese people's Volunteer Army, with its iron will and fearless fighting spirit, pursued and killed the enemy all the way, finally reversed the battlefield situation and made an important contribution to the victory of the Changjin Lake campaign.

During the viewing, there were many very shocking and moving scenes and clips, such as the scene of the volunteer army blowing up the U.S. signal station in the rain of tanks, artillery and bullets, and Lei Gong driving a jeep with identification bombs. The enemy's war continued to bomb around him. His face was charred and his hands were shaking. Everyone was in tears, These plots are still fresh in my memory.

During the National Day holiday, my mother took me to the cinema. The name of the film is Changjin lake.

The film tells a shocking story - resist US aggression and aid Korea. At this time, the cinema was packed with people. My mother and I were directly "squeezed" into the corner seat by the audience. It seems that this film is very popular. Now compare the American army and the volunteer army. At that time, the steel output of the United States was 140 times that of China. American fighters flew in the air like rows of giant geese. Tanks are very domineering. They run rampant on uneven roads, like huge bulldozers. Such powerful weapons were eventually lost to the Chinese Volunteer Army, which was only behind in weapons, such as Xiaomi and rifles and dozens of artillery.

There are many moving pictures in the film. For example, in order to avoid American planes, soldiers lay among the dead and loaded them with dead people. Unexpectedly, American fighter planes couldn't find a living person in the air for several times. They bet more dead people than who shot. At this time, many soldiers were sacrificed. It's really angry and hateful. And the soldiers were frozen into "ice sculptures" and did not move in the snow. Their faces, eyebrows and brims are covered with ice and snow, and they still maintain a fighting posture until the end of their lives.

The film can be described in six words: moving and shocking. The film Changjin lake is really a good film worth watching.

Today is the weekend I haven't seen for a long time. My parents took me to the cinema to watch the film Changjin lake. This film deeply shocked me from the scene to the content. It's really a very good film.

Changjin lake mainly tells the story of the Chinese people's volunteers coming to Korea to resist US aggression and aid Korea and protect our great motherland for national security at the beginning of the founding of new China. The volunteer army in the film fought with the most powerful American army in the world with simple equipment and weapons. Finally, it drove the enemy to the south of the 38th line and successfully won the war. The scenes in the film are very cruel, but my parents told me that the real war to resist US aggression and aid Korea is more cruel and tragic.

There are two things that shock me most about Changjin lake. First, the iron will of our great people's army. They are poorly dressed, have no weapons and equipment, and even eat only cold potatoes, but they can still ambush in the ice and snow for two days and nights, and finally defeat their powerful opponents. Second, the great significance of the war to resist US aggression and aid Korea. As the soldiers in the film said, they fought this war so that our future generations can no longer endure the baptism of war and live in a peaceful era.

From the cinema, everything was so peaceful and beautiful. Looking at our happy day now, my parents and I were moved to cry. Thank every martyr who fought for our country. Your sacrifice and bloodshed have brought you a better life. As the successor of socialism, I will study hard, learn the spirit of the soldiers to resist US aggression and aid Korea in the future, and serve the motherland!

This evening, my parents took me to see Changjin lake. After reading it, I couldn't calm down for a long time.

This is a film to resist US aggression and aid Korea. There is such a sentence in it that touches me very much. He said, "if we don't fight this war, we must let our next generation fight." we fight all the wars that should be fought, and our future generations won't have to fight any more. This spirit deserves the admiration of every Chinese, our martyrs. What impressed me deeply was that we Chinese soldiers ate potatoes in the ice and snow, starved and frozen, while American soldiers ate meat in the barracks. Under such harsh conditions, our Chinese soldiers still stick to their positions and fight the war of resistance to the end.

What moved me very much was that Lei Gong bravely transferred the marker bomb and sacrificed himself in the enemy's artillery fire. Finally, he said, "I'm in pain. I want to go home." what kind of spirit made him rush to the battlefield without hesitation?

What I can't forget for a long time is that rows of volunteer soldiers maintain a fighting posture on the position of minus 40 degrees and become "ice sculptures" that will never fall.

Without the blood of the ancestors, there will be no prosperity today! We should always remember, never forget, study hard and serve the motherland.