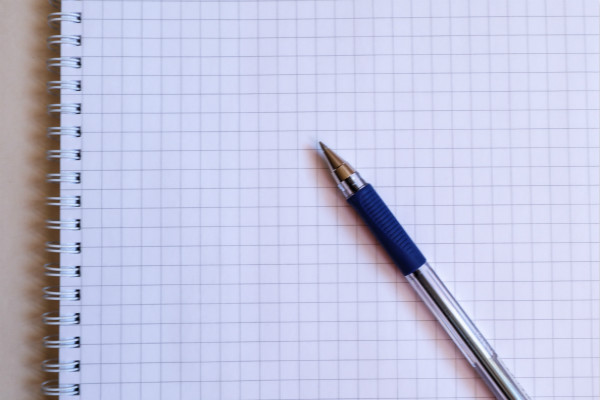 My sister was fond of traveling. Ever since graduating, she had been determined to organize a trip to an old temple. Since transporting fare was expensive, she decided to use a bicycle to cycle there not caring about the disadvantages. Her stubborn attitude was always her shortcoming. Once she made up her mind to do something, no one could persuade her to change her mind. Finally, we gave in as usual though we preferred to take a train. After we prepared everything, including the schedule, reliable weather forecast and the insurance, we began our trip.

Our journey was along a river flowing from a high altitude. Our pace was slow because the river frequently had many sharp bends through deep valleys, where the water seemed to boil. Just as I recorded in my journal, it was really a hard journey. But we also enjoyed great views. One night, I put my head on my pillow--a parcel of wool coats, and lay beneath the stars. When the flame in front of our cave went out at midnight, I found the sky so beautiful!

An ant is walking by the river. He looks at the river and says to himself, “How nice and cool this water looks! I must drink some of it.” But when he is drinking, he slips into the river.“Oh.Help!Help!” The ant cries,

A dove is sitting in the tree. She hears him and throws him a leaf, “Climb up that leaf,” she says “and you will float bank.”The ant climbs uo onto the leaf, and the wind blows the leaf to the bank. And the ant is saved.“Thank you, Dove. You’re so kind,” The ant says and runs home, “You have saved my life, and I wish I could do something for you, Goodbye!”

“Goodbye!” says the dove, “Be careful. Not to fall into the river again.”

After a few days, the dove is building her nest. And a man is raising his gun to shoot her.The ant sees this, and runs quickly to bite the man’s leg. “Ouch! Ouch!” The man feels pained and drops his gun. The dove hears and flies away. So the man picks up his gun and leave.The dove comes to her nest. “Thank you, my little friend,” she says, “You have saved my life.”The little ant is so glad, because he can help the dove.

One day, Mike's mother needed a pot. She asked Mike to borrow one from her friend. So Mike went to the friend's house. She gave him a big pot. On the way home Mike put it down on the road and looked at it. It was made of clay and had three legs.

Then he said to the pot, "You have three legs and I have only two. You can carry me for a few minutes." Then Mike sat down inside the pot. But the pot didn't move.

Mike got angry and broke it then carried the broke pot home. His mother was angry. "You are stupid." She said. But Mike thought, "I'm not stupid. Only a stupid person carried something with three legs."

One day the following week, the boy was herding sheep with the other shepherds on the hill.

The grass was green, the flowers were red, yellow, white and orange, the sky was blue, the sun was shining, it was a nice colorful picture.

Some of the shepherds started playing games, some were fling kites the boy was sitting on a pear tree and looking at his friends.

Suddenly, the sheep started bleating and running about, the boy saw clearly from the free-two wolves were running towards the sheep. The boy shouted, “Help! Help! Wolves are coming! Help! Help!” He thought the farmers at the foot of the hill could hear him and come to help. But the farmers heard his shouts and said, “Don’t listen to him, the boy is playing a joke again, the boy is telling a lie. He forgets his joke, but we don’t.”

Father had a family of sons who were perpetually quarrelling among themselves. When he failed to heal their disputes by his exhortations, he determined to give them a practical illustration of the evils of disunion; and for this purpose he one day told them to bring him a bundle of sticks. When they had done so, he placed the faggot into the hands of each of them in succession, and ordered them to break it in pieces. They each tried with all their strength, and were not able to do it.

He next unclosed the faggot, and took the sticks separately, one by one, and again put them into their hands, on which they broke them easily. He then addressed them in these words： “My sons, if you are of one mind, and unite to assist each other, you will be as this faggot, uninjured by all the attempts of your enemies; but if you are divided among yourselves, you will be broken as easily as these sticks.”