2。 B) Stories about some female physicists。

3。 C) By including lots of fascinating knowledge。

4。 D) It provides experiments they can do themselves。

9。 A) The unprecedented high temperature in Greenland。

10。 C) It typiaclly appears about once every ten years。

11。 B) Iceless summers in the Arctic。

14。 A) They could keep on working longer。

16。 A) About half of current jobs might be automated。

20。 A) Drive trains with solar energy。

21。 B) Find a new material for storing energy。

23。 A) It was mainly provided by voluntary services。

24。 C) Their preference for private services。

25。 B) They have long been discriminated against。

Question 1： what does the woman say about the book the man recommended?

Question 2： what can we find in the book the man recommended?

B) Stories about some female physicists。

Question 3： How does the author bring her book to life?

C) By including lots of fascinating knowledge。

Question 4： How does the book cultivate readers interest in physics。

D) It provides experiments they can do themselves。

B：Sure。 I have quite a few students though.So can you remind me what your topic is?

Question 5： What is the man‘s problem?

D)He has not idea how to proceed with his dissertation。

Question 6 What does the professor think of the man‘s topic?

Question 8 what does the professor say the man has to do?

Question 9。 What did climate scientists describe as stunning?

A) The unprecedented high temperature in Greenland。

Question 10。 What does the passage say about that temperature surge in the Arctic?

C) It typiaclly appears about once every ten years。

Question 11。 what may occur in 20 years according to scientists’ recent observations?

B)Iceless summers in the Arctic。

Question 12 What is often necessary for carrying through a task?

Question 13 What is the finding of the new study?

Question 14 What do we learn about European participants as compared with their American counterparts?

A) They could keep on working longer。

Question 15 What do the research say concerning people‘s feelings about willpower?

B)They are subject to change。

Question 16 what did the researchers at Oxford University conclude?

A) About half of current jobs might be automated。

Question 17。 What do we learn about Kaggle companies winning programs?

D) They could grade high-school essays just like human teachers。

Question 18。 What is the fundamental limitation on machine learning?

C) It has to rely on huge amounts of previous data。

we‘ve talked recently about the importance of sustainable energy。 We’ve also talked about the different theories on how that can be done。 So far， our discussions have all been theoretical。 Now I have a practical question for you all。 Can you run a 140，000 kilogram train on just the steam generated by solar power? Well， one engineer， Tim Casselman， believes it‘s possible。 And his home city of Sacramento， California should see the technology’s first test as part of the upgrading of its rail yard。 Casselman， who is an inventor and self-proclaimed steam visionary， is campaigning for a new steam train that runs without any fire and could run on an existing 10 kilometer line drawing tourists and perhaps offering city commuters a green alternative to their cars。 Casselman wants to build an array of solar magnifying mirrors at one end of the line to collect and focus heat onto water filled tubes。 This would generate steam that could be used to fill tanks on a small steam train without the use of fire。 Supplying power to trains in this way would offer the shortest distance from well to wheels he says with the least amount of energy lost。 According to Harry Valentijn， a Canadian engineer who is researching modern steam technology， a special tank measuring 2 by 10 metres could store over 750 kilowatt hours of energy as high pressure steam enough to pull a two car train for an hour or so。 Energy to drive a steam locomotive can be stored in other materials besides water for example a team at Tohoku University in Japan has studied materials that can store large amounts of heat when heated。 These materials turn from a solid into a liquid absorbing energy as they change phase。 The liquid is maintained above its melting point until steam is required at which point the liquid is allowed to turn back into a solid releasing its stored energy another team at Nagoya University in Japan has tested calcium compound as an energy storage material。 Heating this chemical compound drives off carbon dioxide gas leaving calcium oxide the gas can be stored under pressure and attain to recover the energy the gas is fed back over the calcium oxide。 In theory says Valentijn this can create a high enough temperature to generate superheated steam。

Question 19： What has the speaker previously talked about?

Question 20： What is Tim Casselman trying to do in Sacramento?

A) Drive trains with solar energy。

Question 21： what has a Japanese research team tried to do?

B) Find a new material for storing energy。

Question 22 what is one cause of the current crisis in care for the elderly in England?

Question 23。 What does the speaker say about residential and community care?

A) It was mainly provided by voluntary services。

Question 24。 What made management of care for the elderly more difficult in the 1980s?

C) Their preference for private services。

Question 25。 What does the speaker say about older people in England?

B) They have long been discriminated against。

I 42。 Contrary to popular belief， rest does not equal recovery。

46。 What is the focus of the new study from Duke University?

47。 How did the researchers ensure that their findings are valid?

A) By attaching equal importance to all possible variables examined。

48。 What do we learn from the findings of the Duke study?

D) Children’s academic performance may suffer from even slight inattention。

49。 What does the Duke study find about children better accepted by peers?

50。 What can we conclude from the Duke study?

51。 What does the author say about the negative impact of smartphones?

C) It is not so obvious but has caused some concern。

52。 What is considered a less obvious advantage of smartphone technology?

B) It relies on lab observations and participants’ reports。

A) By helping them pin down their unusual behaviors。

55。 What do we learn about current psychological studies?

B) They are increasingly focused on real-life situations。 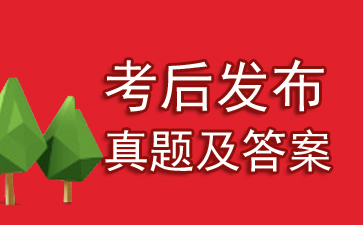