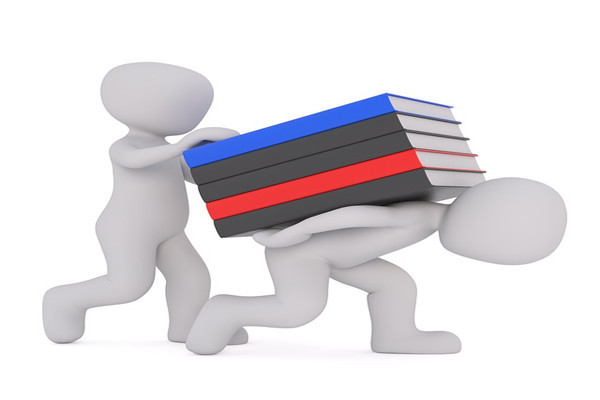 Part One Vocabulary and Structure

There are ten incomplete sentences in this part. For each sentence there are four choices marked A, B, C and D. Choose the one that best completes the sentence. Mark your answer on the ANSWER SHEET with a single line through the center.

3. Some members of the committee suggested that the meeting

6. It is possible for a person to ___________ negative attitudes and gain healthy confidence needed to realize his or her dreams.

In this part there are three passages and one table, each followed by five questions or unfinished statements. For each of them, there are four choices marked A, B, C and D. Choose the best one and mark your answer on the ANSWER SHEET with a single line through the center.

Questions 11-15 are based on the following passage:

Firefighters are often asked to speak to school and community groups about the importance of fire safety, particularly fire prevention and detection. Because smoke detectors reduce the risk of dying in a fire by half, firefighters often provide audiences with information on how to install these protective devices in their homes.

Specifically, they tell them these things: A smoke detector should be placed on each floor of a home. While sleeping, people are in particular danger of an emergent fire, and there must be a detector outside each sleeping area. A good site for a detector would be a hallway that runs between living spaces and bedrooms.

Detectors should not be mounted near windows, entrances, or other places where drafts (过堂风) might direct the smoke away from the unit. Nor should they be placed in kitchens and garages, where cooking and gas fumes are likely to cause false alarms.

C. develop fire safety programs for schoolsD. speak to residents about how to prevent fires

A. surviving a fire B.preventing a fireC. detecting a hidden fire D. not getting injured in a fire

A. on any level of a homeB. outside all bedrooms in a home

C. in all hallways of a home D. in kitchens where fires are most likely to start

A. on a ceiling four inches away from a wall   B. near an open window

C. close to where a wall meets a ceiling   D. in kitchens and garages

15. What is the focus of this passage?

A. How firefighters carry out their responsibilities.

B. The proper installation of home smoke detectors.

C. The detection of dead-air space on walls and ceilings.

Questions 16-20 are based on the following table:

16. Which day is best for a picnic based on the information in the table?

A. Places of presence.

B. Patterns of presence.

18. Disastrous weather may occur on

19. What trend can be found from the information given in the table?

A. The days are becoming longer.

B. The nights are getting longer.

C. The days are growing wanner.

D. The weather is turning better.

20. What day has the greatest temperature difference between day and night?

Questions 21-25 are based on the following passage:

Tony Huesman, a heart transplant recipient (接受者) who lived a record 31 years with a single donated organ has died at age 51 of leukemia (白血病), but his heart still going strong. "He had leukemia," his widow Carol Huesman said, "His heart―believe it or not―held out. His heart never gave up until the end, when it had to."

Huesman got a heart transplant in 1978 at Stanford University. That was just 11 years after the world's first heart transplant was performed in South Africa. At his death, Huesman was listed as the world's longest survivor of a single transplanted heart both by Stanford and the Richmond, Virginia-based United Network for Organ Sharing.

"I'm a living proof of a person who can go through a life-threatening illness, have the operation and return to a productive life," Huesman told the Dayton Daily News in 2006.

Huesman worked as marketing director at a sporting-goods store. He was found to have serious heart disease while in high school. His heart, attacked by a pneumonia (肺炎) virus, was almost four times its normal size from trying to pump blood with weakened muscles.

Huesman's sister, Linda Huesman Lamb, also was stricken with the same problem and received a heart transplant in 1983. The two were the nation's first brother and sister heart transplant recipients. She died in 1991 at age 29.

Huesman founded the Huesman Heart Foundation in Dayton, which seeks to reduce heart disease by educating children and offers a nursing scholarship in honor of his sister.

A. lived a normal life

B. received another donated organ

C. couldn't go back to work

A. he had an inherited heart disease

B. he was born with heart disability

C. his heart was infected by a virus

D. his heart was injured in an accident

Questions 26-30 are based on the following passage:

Watch out! Here comes London Mayor Boris Johnson riding a bicycle from his new bike hire plan. "What we've put in is a new form of public transport. These bikes are going to belong to everybody."

More than 12,000 people have signed up for the plan. They each receive a key at a cost of three pounds, with costs at one pound for a 24-hour membership, five pounds for seven days, and 45 pounds for an annual membership.

John Payne, a London teacher who cycles a lot, is among the first to use the system. "It's very comfortable. For people who don't cycle much I think it'll be very useful. But for people who cycle regularly, they are possibly a bit slow. But they're perfect for London streets, very strong. I think they'll be very widely used."

And Johnson says it's of good value. "I think it's extremely good value. The first half hour is free. If you cycle smart and you cycle around London--most journeys in London take less than half an hour, you can cycle the whole day free." Some 5,000 bikes are currently available at over 300 docking stations (租车点) in central London. Johnson says the city will gradually expand the system. "Clearly one of our ambitions is to make sure that in 2012 when the world comes to London, they will be able to use London hire bikes to go to the Olympic stadiums."

B. attend a competition

D. show his love for cycling

A. oppose the bike hire plan

B. support the bike hire plan

A. because most journeys take less than half an hour

B. because the bike hire is free for the f'n'st time

C. if one can arrange his London tour in a smart way

D. if one is physically strong enough

A. be expanded to serve the 2012 Olympic Games

B. be provided free for the 2012 Olympic athletes

C. benefit from the 2012 Olympic Games

D. be free of charge for the 2012 Olympic visitors

There are ten blanks in the following passage. For each numbered blank, there are four choices marked A, B, C and D. Choose the best one and mark your answer on the ANSWER SHEET with a single line through the center.

I have been very lucky to have won the Nobel Prize twice. It is, of course, very exciting to have such an important   31   of my work, but the real pleasure was in the work itself.

Scientific research is like an exploration of a voyage of discovery. You are   32 trying out new things that have not been done before. Many of them will lead   33 and you have to try something different, but sometimes an experiment does   34 and tells you something new and that it is really exciting.   35   small the new finding may be, it is great to think "I am the only person who knows this" and then you will have the fun of thinking what this finding will   36   and of deciding what will be the   37  experiment.

One of the best things about scientific research is that you are always doing something different and it is never   38 . There are good times when things go well and bad times when they   39 . Some people get discouraged at the difficult times, but when I have a failure my policy has always been not to worry but to start planning the next experiment,   40   is always fun.

In this part, there are ten short incomplete dialogues between two speakers, each followed by four choices marked A, B, C and D. Choose the one that most appropriately suits the conversational context and best completes the dialogue. Mark your answer on the ANSWER SHEET with a single line through the center.

42. Speaker A: I'm sorry. The brand of camera you want is not available now.

A. No use saying sorry. That's a real let down.

B. I'm truly grateful for your help.

D. It's just as I've expected.

43. SpeakerA: Peter, I'm awfully sorry. I won't be able to come this Friday.

44. Speaker A: Ten dollars for this brand?

45. SpeakerA: I saw your boss was angry with you. What happened?

46. Speaker A: We have a booking for tonight. The name's Cliff.

Speaker B: Oh, thank you. That would be great.

Man: They're just under the maximum weight.

Patient: Would you have anything in the afternoon?